Two prominent residents of northern Kentucky have been elected to leadership positions on the Kentucky Chamber of Commerce board of directors, with the group also appointing a new board chairman for the year.

Garren Colvin, CEO of St. Elizabeth Healthcare, has been elected Vice President of Member and Business Services of the State Chamber. Candace McGraw, CEO of CVG, has been appointed President of the Kentucky Chamber Foundation.

Diane Medley, Executive President and Co-Founder of MCM CPAs and Advisors, was elected President of the Kentucky Chamber of Commerce for the 2022 term, succeeding Winston Griffin, CEO and President of Laurel Grocery Company, whose term expired September 30 . .

While serving on the Kentucky House Board of Trustees, Medley held positions on the chamber executive committee and previously chaired the chamber founding board.

â€œWe are delighted to welcome Diane as she takes over as Chair of the Kentucky Chamber Board of Directors,â€ said Ashli â€‹â€‹Watts, President and CEO of the Kentucky Chamber. â€œAs a long-time member of the chamber and our board of directors, Diane has played a key role in shaping and advancing our organization. We would like to thank Diane for her dedication and look forward to the accomplishments we will achieve under her leadership over the next year! “

Medley, originally from Meade County, spent 40 years leading the state in public accountancy. In 1988, she co-founded Chilton & Medley, which later evolved into Mountjoy Chilton Medley LLP in 2010. Since then, Medley has led MCM to become the largest CPA firm in the region and the 72nd largest in the country, with approximately 350 employees across six locations in Kentucky, Indiana and Ohio. While a managing partner and co-founder of the firm, Medley was recognized as the first woman in the region to hold this leadership position at a major firm, and one of the few in the U.S. Top 100. 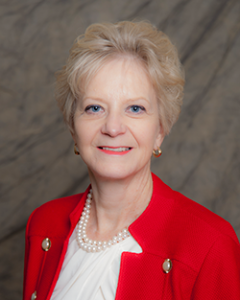 Medley has been involved with many other organizations across Kentucky including Greater Louisville Inc., Louisville Chapter of NAWBO and Kentucky Society of CPAs, Leadership Kentucky, Leadership Louisville, Indiana Chamber of Commerce, the Ogle Foundation, and One Southern Indiana.

Kevin Smith, Beam Suntory vice president of Kentucky Bourbon affairs, will be the president-elect for 2023. Along with Medley and Smith, the House executive committee will be:

A full list of the Board of Directors, including continuing members, is available online at kychamber.com.