TEXARKANA, Ark .– For Joe Denmon, February 1, 1979 will always be a highlight in his life.

“It was the day I became a second lieutenant in the US Air Force,” said the longtime resident of Texarkana, Arkansas. “It was quite an accomplishment, because I’ve always wanted to be the best in the things that matter to me.”

Denmon would eventually serve 20 years, until his retirement from the military in August 1996. Over time, he would receive three more Air Force officer promotions – first lieutenant, captain and finally major upon retirement.

Born and raised in Texarkana, Arkansas, Denmon graduated from Arkansas High School in the class of 1972.

â€œI was in 10th grade in 1969 when the high school and the rest of the school district integrated,â€ Demon said. “I don’t think anyone was ready for it at the time, but we the students accepted it and I think the experience prepared me for the rest of my life.”

By the time he graduated he had spent three years in the Junior Air Force Reserve Officer Training Corps and believes his experience in public schools in general encouraged him to give the best of himself- same.

â€œBack then, I never thought I would make a career in ROTC High School, but walking and drilling had a good influence,â€ he said. â€œI just didn’t know at the time that I would continue later in life. I was just blessed that God had something in store for me back then, even though I didn’t. not realized at this point. “

After graduating from high school, Denmon’s parents sent him to Jarvis Christian College, a private college about 20 miles from Tyler, Texas.

â€œIt was the summer of 1972 and it looked like (college) was in the middle of nowhere, so there was really nothing else to do but study,â€ Denmon said.

Denmon admits that the college’s isolation actually paid off in that it kept it focused on his studies. This enabled him to obtain a bachelor’s degree in business administration in December 1975, about six months in advance.

â€œIt was a black college that had been established in 1912 and it did a lot of recruiting,â€ he said. “I got a business administration degree because at the time that was where I was thinking. I wanted to learn how money grows and what it takes to earn it.”

But for Denmon, his first job out of college actually took him to Saint Louis, where he taught for about five months at a public school.

â€œAt the time, education was not paying much and at that time I was married and had a dependent child,â€ he said. “I found it wasn’t going to support us because I needed both job security and financial security.”

Heading back south, Denmon explored his options, and his father then suggested the Air Force.

â€œIt was my dad who influenced me and at the time to join the service,â€ Denmon said. â€œI wasn’t sure if he thought I had developed an interest in it (having served in the ROTC) or if he just wanted me to leave home, but he pointed me in that direction. not that this was such a bad idea because I wanted a job where I could serve my country and see as many people as possible. “

Denmon decided to enlist even though military service at the time did not seem very popular.

“At that time Vietnam had just ended, but the military interested me and I always wanted to have a chance to see the world – and the Air Force seemed like a great way of life.”

Denmon then spoke to a local Air Force recruiter and joined him in the spring of 1976.

Upon enlisting, Denmon received nine weeks of basic training, followed by eight weeks of technical training in typing, grading and other basic organizational support services before being posted to Keesler Air Force Base. , in Biloxi, Mississippi. He started with the rank of basic aviator.

After his initial posting to Keesler AFB, Demon received his first overseas deployment to Osan Air Base in South Korea for a year. There he worked in the Air Force personnel office.

â€œWe flew first to Fairbanks, Alaska for a brief stopover before continuing overnight in Japan and then to Osan,â€ he said. â€œIn Osan, no one was allowed to go out on the street between midnight and 6 a.m. appreciated, as it got very cold in November. “

Besides the freezing temperatures, Denmon said that from a professional and military perspective, Korea was a seriously divided country, and still had Cold War circumstances around it.

â€œThe country looked so much like a war zone that we actually got combat pay because things were intense there,â€ he said. â€œIt also seemed like a long year, due to both the cold and the isolation, as well as being almost on the other side of the world. At that time, there was no cable TV, no email, no Facebook and no cell phones. “

However, with Denmon’s next deployment being Little Rock Air Force Base, he felt much closer to home.

â€œIt was a lot better because now I could apply to the officer training school and that was my original goal,â€ he said. â€œAs I already had a university degree, it helped me because having a degree was actually one of the requirements for applying to OTS. “

Having been promoted to Airman 1st Class by the time he was transferred from South Korea to Little Rock AFB, Denmon also received an additional benefit within six months of returning to the United States – a promotion to the rank of Master Sgt. .

â€œFrom there I went to the OTS at Lackland Air Force Base in San Antonio for nine weeks,â€ he said. â€œBasically almost all of it involved leadership and management as well as speech writing, public speaking,â€ he said. â€œWhen I was made a second lieutenant, it was one of the best days of my life – and at that time (1979) it was still rare to see black officers in military service. So for me , it was a great accomplishment because it happened 30 years after the desegregation of the armed forces and it motivated me to give the best of myself. “

From San Antonio, Denmon continued at Edwards Air Force Base in California for three years, which for him proved to be another highlight of his career.

â€œOver there in Edwards, right in the middle of a desert area, I got to rub shoulders with some of the Air Force’s newest and best planes,â€ he said. â€œThere I was able to see where the initial testing of the F-16 Falcon fighter took place, as well as the aerial launches of our smaller cruise missiles. It also proved to be a great place for camaraderie. because everyone was working for the same cause. I even got to see the first space shuttle land there. “

From Edwards AFB ,. Denmon returned overseas for three years, starting in 1982, to station at Yokota Air Base in Japan. There he would become the protocol officer overseeing President Ronald Reagan’s first visit to this country in 1984.

â€œIt involved making travel plans, arrangements and accommodation for the dignitaries,â€ he said. “It was like a 24 hour operation there, and very demanding because perfection had to be the norm.”

After his three years in Japan, Denmon, who is currently a member of the Texarkana Regional Airport board of directors, returned to California to park Norton Air Force Base. There he left the Air Force administration and entered Air Force procurement.

â€œIt was a whole new specialty and you had to go back to school to learn a whole new area of â€‹â€‹your career,â€ he said. â€œI became a contract officer and to get this job I had to go to eight weeks of school, then I came back to Norton AFB and worked in the base’s intercontinental ballistic missile office.

For this new mission, Denmon worked in the ICBM Missile Guidance Research and Development program, and it became his job to contract with private companies, which could provide improved missile guidance engineering as well as improved radar detection of potential strikes against enemy ICBMs.

â€œI also had to take care of the production of our ICBMs. he said. “We were looking for improved missile performance.”

After his five-year deployment to Norton AFB from 1986 to 1991, Denmon returned to San Antonio to work on research aimed at the environmental clean-up of Air Force bases planned for the future closure of the Realignment and Shutdown Commission. bases. This would follow the eventual economic collapse of the Soviet Union, which abruptly ended the Cold War in Denmon’s last years of service (1991-1996) in the Air Force before his retirement.

â€œI had a great time in the service and I can say without a doubt that America is by far the greatest country in the world,â€ he said. 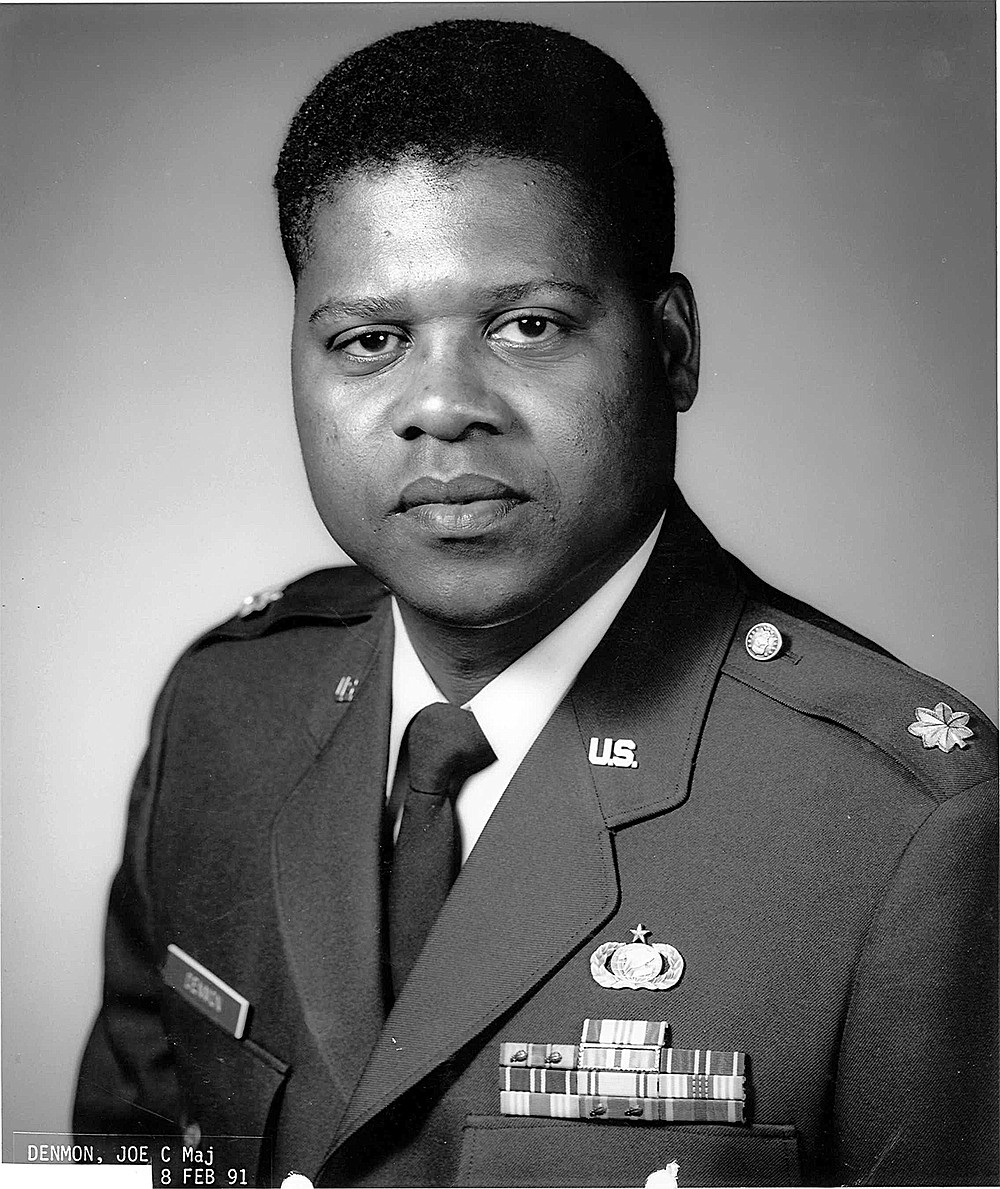 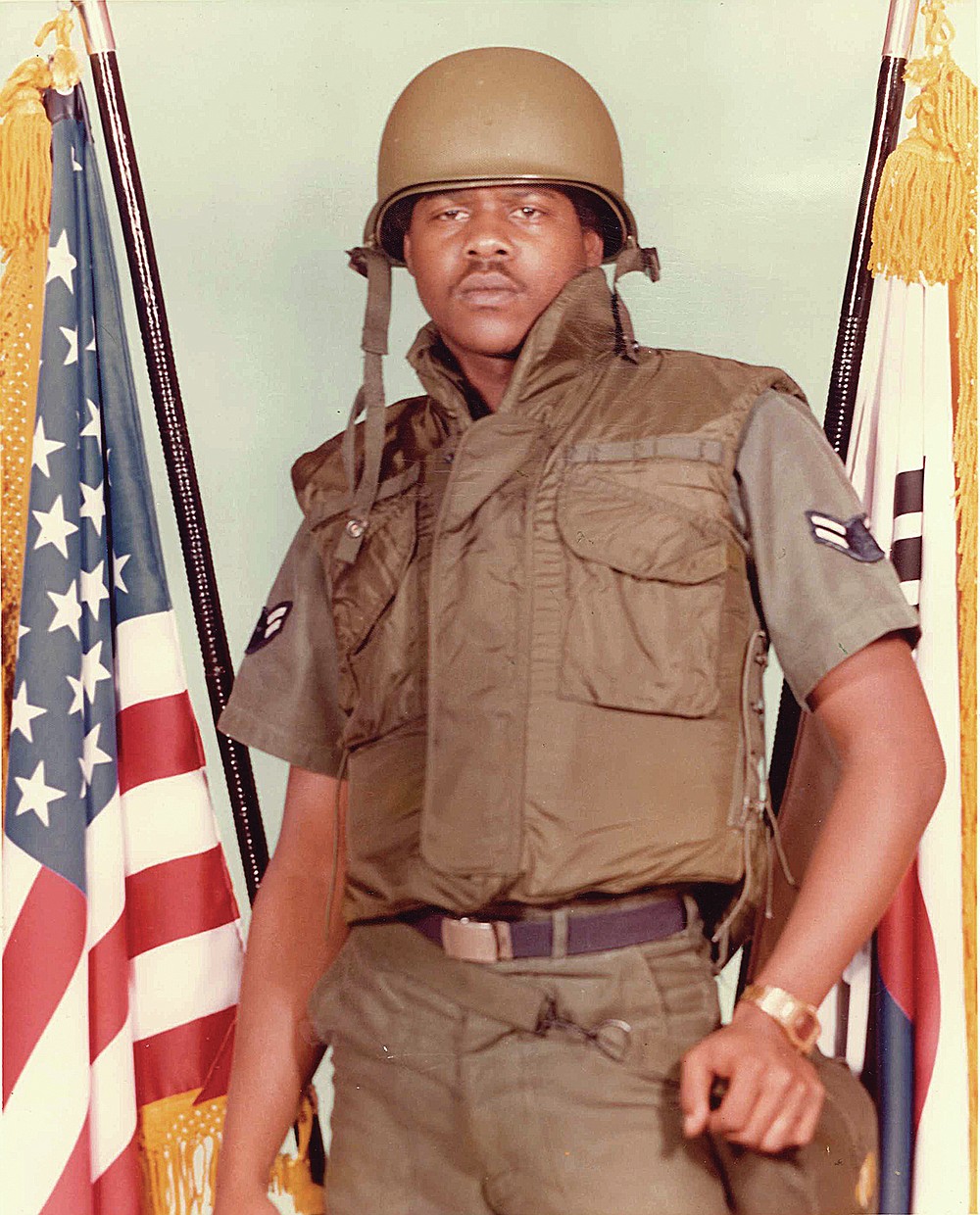